learn the signs & save lives

WORKING TOWARDS A ZERO SUICIDE WORLD

Safe Communities is coordinating a Zero Suicide partnership that includes all area health care systems as well as community organizations with a role to play in suicide prevention.

The initiative is modeled after Henry Ford Health Care System’s program, which demonstrated an 80% reduction in suicide among health care plan members.   National Zero Suicide leaders – including Edward Coffey, MD and Brian Ahmedani, PhD, who implemented the Henry Ford project, and Becky Stoll of Centerstone Behavioral Health in Tennessee – are advising us.
Zero Suicide is a key concept of the 2012 National Strategy for Suicide Prevention, a priority of the National Action Alliance for Suicide Prevention (Action Alliance), a project of Suicide Prevention Resource Center (SPRC), and supported by the Substance Abuse and Mental Health Services Administration (SAMHSA).

Safe Communities is not a counseling or crisis center and does not provide direct services. If you or someone you know is having suicidal thoughts, please call the National Suicide Prevention Lifeline at 1-800-273-TALK (8255).

WOULD YOU RECOGNIZE SUICIDE RISK IF YOU SAW IT?

Exploring Overlap between Suicide and the Drug Overdose Epidemic

September 14, 2017 Safe Communities hosted a Zero Suicide Conference featuring a panel discussion to explore the overlap between addiction and suicide. Recent data suggests that people with substance use disorders are about six times more likely to die by suicide than the general population. One panel member shared her experience with childhood trauma, heroin addiction, suicide attempts and how she came to find recovery.

"High level, then dug into the 'how'. This made it very valuable, doesn’t often happen at conferences."
"Excited to implement changes in my private practice."
"I feel energized and am looking forward to sharing this information with my agency – and with my family and friends as well. Thank you."
"Congratulations again on an OUTSTANDING ZS Conference – I was thrilled and honored to be a part of it."
-Ed CoffeyConference Speaker
"Thank you so much for the chance to spend some time with you all this week working on suicide prevention. You all are truly ahead of the game and leaders in this space."
-Becky StollConference Speaker
"As you move this project forward in Dane County … I look forward to our continued collaboration!"
-Brian AhmedaniConference Speaker

Safe Communities is not a counseling or crisis center and does not provide direct services. If you or someone you know is having suicidal thoughts, please call the National Suicide Prevention Lifeline at 1-800-273-TALK (8255). 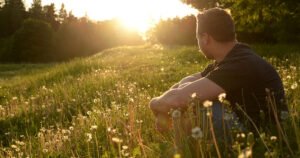 I had the great privilege of knowing a son for 16 years. He was a total pleasure to me, and every day of his life I told him how much 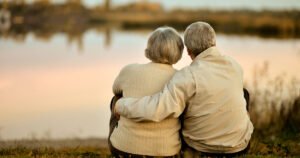 Survivor Stories: A Father Speaks Up

Trying to Talk about Mitch’s suicide in 1977, even more than ten years later, still brings many thoughts to mind regarding all of my feelings… then and now. The feelings 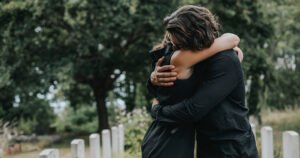 On February 19, 1977, our 22-year-old son, Mitch, shot himself in his bedroom of our home with two revolvers. He was determined no to tail in the last act of